New song! "Good on the Money"
Posted by Dar Stellabotta at 6:19 PM No comments:

Hi Everyone, I recently did a class on Skillshare. This website has 11,000 online classes for everything from yoga, animation, graphic design, recording music, cooking, to pretty much anything creative. The classes are no longer than 25 min and are very informative. You can get three months for .99 cents as a promotional offer, then it is $12 a month. I encourage you to join this website and take my class as well as the many others it has to offer. My class is 16 min and you have the option to post your project (a patch) in the class discussion. Feed your creativity, join skillshare, take my class and leave a awesome review! Thanks Everyone! Join the class here http://skl.sh/2dYXCWh. 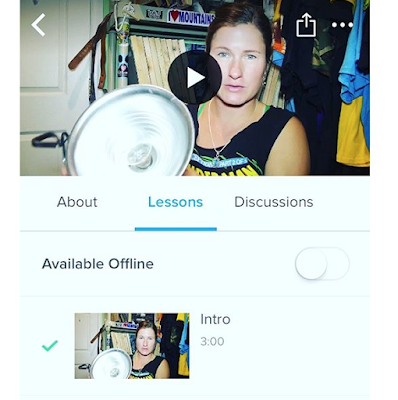 Posted by Dar Stellabotta at 6:47 PM No comments: 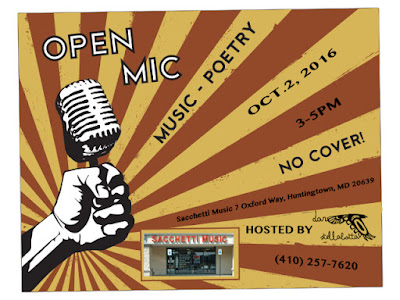 I will performing and hosting this open Mic in Huntingtown Maryland!

Posted by Dar Stellabotta at 5:23 PM No comments:

Check out my new interview with 91.3 KUWS FM SUPERIOR here!
Posted by Dar Stellabotta at 5:29 AM 1 comment:

Upcoming open mic I am hosting! 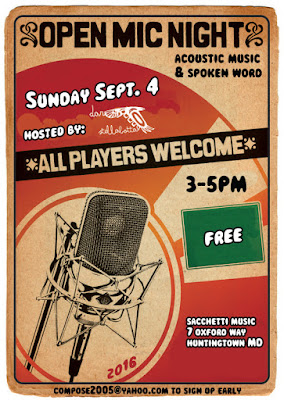 Posted by Dar Stellabotta at 7:36 PM No comments: 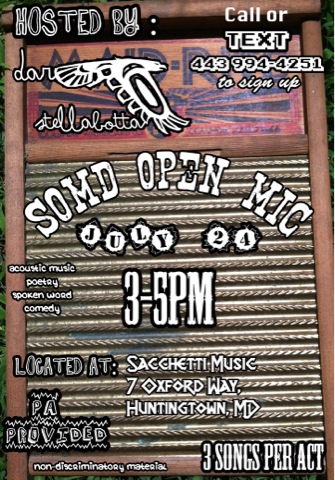 Posted by Dar Stellabotta at 9:29 AM No comments: 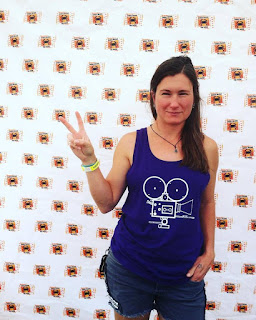 Had a great time at the SoMD film fest!

Posted by Dar Stellabotta at 10:11 AM No comments: 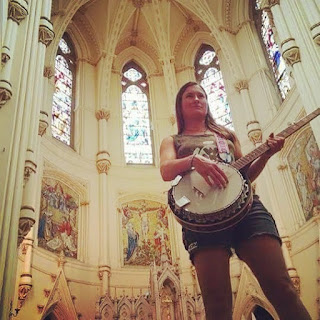 Artscapebmore had a awwwwwwwesommmmmme time! Def different playing in a Catholic Church but it was still cool. I recommend to anyone who loves art in and around the area to check out artscape. It's hundreds of artist showing off their work! I ❤️ U Baltimore you will always be a city I love!
Posted by Dar Stellabotta at 10:05 AM No comments:

My interview with Brooke Hunter from Girl Magazine Australia

Dar Stellabotta is an independent female LGBT artist from Southern Maryland. Dar plays original songs on banjo and guitar. Previous music ventures involve the punk band Soulful Aggression and solo albums Ride the wave of love and Mnhoti. This year Dar released a new album Broke in the USA and will performing regional festivals. Her new music video "Fountain of Youth" has been selected to air in this years 2016 Southern Maryland film festival.

Full Name: Dorothy StellabottaNickname(s): DarStar Sign: Aquarius Favourite Food: SushiFavourite Film: Lost BoysFavourite Actor: Al PacinoPet: CatPerson You Would Most Like to Meet: Angelina JolieHobbies/Interests: Comic books and surfing First Job: Can't remember!Are you a Pub, Bar or Club kind: Not anymore.What Can You Never Leave Home Without: Chapstick.What is the first thing you think of when you wake up in the morning: CoffeeInterview by Brooke Hunter

Heres another review. It's not total praise on the album but Im glad he took the time to listen to it. Thanks Evan :)

Dar Stellabotta has a truly unique voice in her songwriting as her lyrics and musical choices make the listener pay attention. The music, however, becomes too repetitive and fails to maintain the listener's engagement throughout.
For some reason, it seems like it’s become less and less common for musicians to tell stories in their music. Perhaps some write about more general themes to reach a wider audience. Whatever the reason may be, it’s now refreshing to hear a musician take the listener on a journey into a new and different world. That’s where people like singer-songwriter Dar Stellabotta come in. The Maryland native’s recent album Broke in the USA is like a storybook of her feelings and experiences told in a sort of narrative form. With the use of traditional folk instrumentation with primarily guitar or banjo and drums, Stellabotta brings the listener into the fascinating world that is her life.

The album begins with the almost uncomfortably stripped down “Rachael Joined The Machine,” in the sense that the simple, repeating banjo line and vocals are so unexpected that it demands the listener pay attention. The brief song only teases at the full story of the situation but it certainly peaks our interest as we’re left wondering who is Rachael and what happened between the two of them. Were they in a relationship? Perhaps they used to play music together and Rachael left for a more traditional line of work and steady paycheck? We’ll never know the full story, but the song nevertheless grabs our interest.
Several of the remaining tracks on Broke in the USA act as sort of cautionary tales for the audience. With “Lost In The Dirt,” for example, Stellabotta takes a religious turn as she sings phrases like, “the sun won’t shine for the sinners out there / you better watch out / you better take care / the good Lord will watch you from above.” She doesn’t get any more specific than that, leaving the listener again to simply speculate. Then on “Old Man Willy,” Stellabotta tells the tale of a man who lived with regret before dying alone. She writes, “Now he sits alone in his rocking chair / can’t even move a muscle / can’t even comb his hair / and the angel of death creeps over him.” Regardless of the specific themes in the different songs, it’s clear that Stellabotta has a clear set of ideals, often with a religious influence, that she wants to impart on her audience.
Perhaps the strongest track on the album is another cautionary story called “Fountain of Youth.” The song has some musical surprises with the use of the bass and some chord changes to go along with Stellabotta’s rhythmic banjo picking. Lyrically, she warns of the dangers of constantly searching for something that has long since passed. She writes, “Chasing the fountain of youth / how long before you lost all of you… stuck by yourself all alone / looking in the mirror no one’s home.” It’s another almost chilling message but an important reminder to all of us.
The music on Broke in the USA sounds at times almost like sketches of songs that still need to be fleshed out and perfected. Many of the tracks are in the same key and have minimal chord changes, a fact that is not a problem in itself, but stands out by the end of the album. Additionally, many of Stellabotta’s vocal phrases reappear in multiple songs, further emphasized by the lack of diversity in the songs’ keys. There is nothing wrong with simplistic music making; this album just needed some extra variation to give more impact to Stellabotta’s captivating lyrics.
It’s clear from Broke in the USA that Dar Stellabotta is an artist with a unique voice, both vocally and thematically. Her stories are intriguing, making the listener crave for more then the album is over and she offers a fresh take on a throwback style of writing lyrics. If she can bring her compositions to new musical worlds by adding different keys and chord progression, while staying within her own well-defined stylistic terrain, her music will undoubtedly take off. Anybody who listens to Broke in the USA will be excitedly waiting for that day.
View the original link here http://www.24ourmusic.net/2016/06/23/dar-stellabotta-tells-captivating-stories/
Posted by Dar Stellabotta at 5:08 PM No comments:

Email ThisBlogThis!Share to TwitterShare to FacebookShare to Pinterest
Labels: 24our music, dar stellabotta, evan crandell, review for broke in the usa

This year my music video Fountain of Youth has been selected to air in the Southern Maryland Film Festival on July 16, 2016. You can purchase tickets and view the screenings here http://www.smdfs.org. 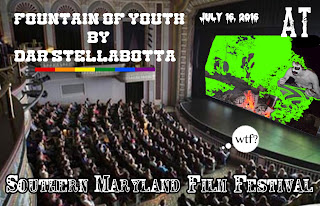 Posted by Dar Stellabotta at 8:05 PM No comments:

Review of Broke in the USA by MICHAEL DOHERTY

Dar Stellabotta is a folk artist based in Huntingtown, Maryland, playing banjo and guitar to accompany her vocals. Her new CD, Broke In The USA, has a cool, unpolished, raw vibe. It’s like banjo played with punk sensibilities, with an immediate, honest, unapologetic sound.

This EP kicks off with “Rachael Joined The Machine,” which has my favorite title of the album, and is one of my favorite tunes as well. This song is banjo and vocals, and yet has something of a blues feel, with lines like “I need a haircut” and “I am broke and I need new shoes.” And check out these lines: “My friend Rachael joined the race/I ain’t seen her in a decade/You know what I mean, know what I mean/Know what I mean, know what I mean/Rachael, my friend Rachael, joined the machine.” That’s followed by “Brother Ray,” which is a more energetic song, with percussion. The vocals are delivered with a punk energy and attitude. “I think it’s about time for some dancing again.” Oh yes. And then “Lost In The Dirt” has some simple, steady strumming, which gives a stronger focus to the vocals and to the lyrics. “I was born this way/Can’t seem to find a better way/’Cause the sun won’t shine for the sinners out there/You’d better watch out, you’d better take care.”

The first song I heard from this CD was “Fountain Of Youth,” and it’s the one that got me interested in this artist. It remains one of my favorites, and I actually like it more and more each time I listen to this disc. There is something of a fuller and sweeter sound to this one, and a really nice instrumental section at the end. “’Cause you’ve been going too long and too hard/To give up now/You want to stop/But you don’t know how.” My other favorite is the CD’s closing track, “Old With You,” a love song that is as much about love itself as it is about a specific love. The sound of this one just makes me happy. There is a sweetness and innocence to this song that is delightful as she sings, “I don’t need much to get me through this life/All I need is you and a warm blanket at night/A cold glass of water and some foot-stompin’ tunes/A nice warm meal and running water in my room.” And: “Some people think love is a fairy tale/To get to heaven you gotta trek through hell/I just want to grow old with you.”

CD Track List
Broke In The USA was released in March of 2016, and is available as a free download on Dar Stellabotta’s website. By the way, she is also a silk screen artist, and you can check out her work on that website as well.
POSTED BY MICHAEL DOHERTY AT 5:19 PM

See original post at http://michaelsmusiclog.blogspot.com/2016/04/dar-stellabotta-broke-in-usa-2016-cd.html
Posted by Dar Stellabotta at 3:42 PM No comments: